Owing to the overturning of the Roe v. Wade 1973 decision by the Supreme court, women in the USA have been in a state of concern ever since. But women with uncertain immigration status are in a worse state for the additional hindrances.

Lupe Rodriguez, executive director of the New York-based advocacy organization the National Latina Institute for Reproductive Justice stated ” But women without legal immigration status are more likely to face difficulties crossing state lines to access abortions if the procedure is banned where they live ”

It has been revealed anonymously by four U.S. officials that the Biden administrative officials are trying to navigate ways to provide abortion access for expecting women and girls in the U.S. immigration custody in banned states.

“Time is really of the essence when someone needs access to abortion,” said Brigitte Amiri, deputy director at the American Civil Liberties Union’s reproductive freedom project.

In anonymity, a 27-year-old woman from Honduras, living in Texas, divulged that she lost her student visa after dropping out of college due to the stress of an abortion she had undergone in 2015. Now that she does not possess any legal status in the country she is scared to be in a state of unknown peril if found herself with an unwanted pregnancy again. “In the position I am now, not having my papers, why would I risk myself?” she said.

This establishes the extreme plight of the unauthorized immigrant women stemming from the overturning of the most binding judgment that had been safeguarding the abortion rights of women since 1973. 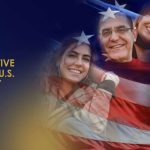 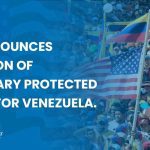