Blog - Latest News
You are here: Home1 / Blog2 / ASYLUM BASED ON SEXUAL ORIENTATION AND GENDER IDENTITY

Social groups have been regarded as one of the most important grounds for granting asylum, especially when they are based on unchangeable and immutable factors. Therefore several categories come under the definition of Social groups.

Although in most of the scenarios, it has been noticed that most of the denials of asylum in the LGBTQ community stems from issues relating to inability to establish the alleged facts or from legal technicalities, but if any individual is to face persecution on account of their sexual orientation or gender identity, here are some of the documents one is required to provide during the hearing :

All of the documents, applications, and testimonials must be plausible, comprehensive, and concordant to the facts claimed to establish one’s plea firmly to the Immigration judge or officer in question. It will increase the chances of their asylum being granted.

In order to prove the LGBTQ+ identity, it is necessary to submit copies of the documents relevant to their identity and bring the originals during the hearing. Specific examples of relevant documents are :

The questions from the judge or office arising in this aspect must be appropriate, meaningful, and relevant to the concern in hand.

For more information, it is most advisable to consult with our Immigration attorneys who specialize in Asylum laws and serving the queer community. We promise to be of service to you and fulfill our duties to give you the justice you are looking for. H-1B visa approval rates are higher in FY21 as demand rises for tech talent in the U.S. 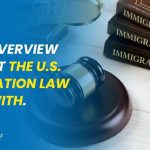 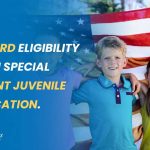