Blog - Latest News
You are here: Home1 / Blog2 / What’s the Difference Between a Refugee and an Asylee?

The U.S. Immigration and Nationality Act (INA) defines a refugee as “…(A) any person who is outside any country of such person’s nationality or, in the case of a person who does not have a nationality, is outside any country in which such person last habitually resided, and who is unable or unwilling to avail himself or herself of the protection of that country because of persecution or a well-founded fear of persecution on account of race, religion, nationality, membership in a particular social group, or political opinion…”

The INA adds that no one who participated in the persecution of another person for the aforementioned reasons is considered a “refugee.” A person who has been forced to have an abortion or undergo involuntary sterilization, refused those procedures, or otherwise resisted a “coercive population control program” is considered to “have a well-founded fear of persecution on account of political opinion,” according to a specific addition made to the INA.

A person must also meet the aforementioned requirements to be granted asylee status. The fact that a refugee is granted refugee status while still outside the United States is the primary distinction between the status of an asylee and a refugee.After entering the country or requesting admission at a port of entry, an asylum seeker is granted status.

Processing priorities have been established by the U.S. Refugee Admissions Program (USRAP) for individuals and groups that are of particular humanitarian concern to the United States.

Unless they can demonstrate that an exception to the one-year rule applies, asylum seekers must submit an application for asylum within one year of their most recent arrival in the United States. In most cases, this occurs in one of two ways:positively, through an asylum officer from the USCIS;or defensively if the individual is the subject of removal proceedings.The Application for Asylum and for Withholding of Removal, Form I-589, must be completed and submitted by an asylum seeker.The principal applicant may be eligible for derivative asylum status on behalf of the applicant’s spouse and children.

Asylees, like refugees, are entitled to an indefinite stay in the United States until it is safe for them to return to their home country. The majority of refugees and asylum seekers are unable to return safely.

Although the criteria for being considered a refugee in the United States are much more stringent, the number of asylees granted legal status each year is significantly higher than that of refugees. The President decides how many refugees will be allowed to enter the United States each year and on the other hand, over the past decade, the country has accepted between 20,000 and 30,000 asylum seekers annually. China, Venezuela, Ethiopia, Egypt, and Haiti are frequently visited by Americans seeking asylum.

At the law offices of Gehi and Associates, our immigration attorneys are equipped to deal with legal issues with substantial experience. Thereby it has the ability to provide one with high quality legal services as per the admission requisites.

For more information, you can directly call our law office or send an email to the addresses. 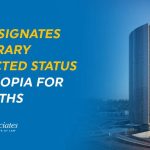 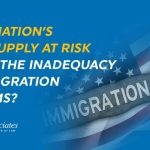 Is the nation’s food supply at risk due to the inadequacy of immigration ...
Scroll to top