Blog - Latest News
You are here: Home1 / Blog2 / Films to watch to learn about American Immigration

We agree that Gehi and Associates is a law firm specializing in Immigration and we share impeccably informative articles for you on a regular basis but even we lawyers believe we can make learning interesting for each of us once in a while!

So here is a short list of some of the best, old films based on Immigration to paint a big screen representation of the extensive history of this nation and how Immigration has evolved over the years.

Based on a story close to an American’s heart, this movie is based on the tale of a family of immigrants, with dreams of a land of milk and honey instead, find a lean existence in their new country in the turn of a new century.

From a global perspective, this film was inspired by the director’s own background as the son of Russian-Jewish immigrants. Therefore there is a subtle picture of the culture clash between elders and the second generation; a whiff of the Holocaust, American Holiday celebrations and family unions. Sounds like quite a treat, we believe.

Life is nothing but unforgiving in this stellar. Set in rural America, this immigrant story delineates a brutal picture of the hard lives of the people away from the big cities dealing with Immigration and migration.

A classic now that is, isn’t it?

” I believe in America “, well this film in our opinion does not solely talk about the trail of establishing the business in the heart of this bustling country but how it was not money that had built his belief in this country but the very search for a home and the promise of nothing but one chance to its immigrants.

” A young Russian mouse gets separated from his family during their migration trip to America. Being completely new to the country he lands in, will he be able to trace his family? “

And you thought we lawyers will exclusively stick to movies that trace the journey of Immigration of only humans? Animated movies are often not regarded with enough seriousness as much as it deserves to be. And we believe that it is the essence and not just the elements of the tales that matter to portray the message of a film. So this one is a must-watch for a better understanding but with its sweet share of innocence and entertainment.

If you like this list, let us know and we will update more such lists to make learning more fun and Immigration more known to you all! 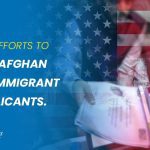 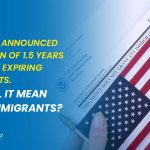 The U.S. had announced an extension of 1.5 years for certain expiring work permits....
Scroll to top