Blog - Latest News
You are here: Home1 / Blog2 / Is the nation’s food supply at risk due to the inadequacy of immigration r...

” Without immigrant labour, our dairy farm wouldn’t be here.”

Farmer and co-owner Lisa Graybeal of Graywood Farms raises concerns about a pressing immigration issue that, according to her and other farmers, is not receiving sufficient attention: They need transient specialists to keep their ranches running and Americans taken care of.

She and other Pennsylvania farmers have stated that they want Congress to pass immigration reform that will grant access to the H-2A farmworker program, which is utilized by seasonal growers and producers, to year-round growers and producers, or most farms.The shortage of agricultural workers would be alleviated by the visa program.

Employers or agents in the United States can use the H-2A visa program to bring foreign nationals into the country to fill temporary agricultural positions if they meet specific regulatory requirements. Form I-129, Petition for a Nonimmigrant Worker, must be filed on behalf of a prospective worker by a U.S. employer, a U.S. agent as defined by the regulations, or an association of U.S. agricultural producers named as a joint employer.

A notable exception to this is that the authorized stay of an H-2A worker may be “interrupted” by certain periods spent outside the United States and will not count towards the 3-year limit. For more details, one can contact Gehi and Associates and get a free consultation from experienced Immigration attorneys , New York.

At a farm like Graybeal’s, where it takes two months to teach someone how to properly milk cows, a seasonal visa is insufficient.

“We need long-term workers here. We need workers year-round,” she said, suggesting that a three- or five-year program would be more fitting.

The Farm Workforce Modernization Act, which was approved by the House twice and received support from forty Republicans, is desired by many farm owners. They have collaborated with Senators. Michael Bennet, D-Colo., and Mike Crapo, R-Idaho and sense that the time is running out to get it passed.

In Pennsylvania and the other dozen or so battleground states where control of Congress will be decided, immigration will be on the ballot.

However, it has less to do with labor shortages or seasonal visas. Most of it concerns the border between the United States and Mexico, where a record number of migrants crossed this year—nearly 2.4 million—has only heightened political animosity toward immigration.

There has been an inflation in the food prices as a result of a shortage of workers in the farming industry and a supply chain that has been weakened by the pandemic and the war in Ukraine.

According to the U.S. Department of Agriculture’s forecasts, domestic supply shortages could exacerbate the food crisis in 2023.The United States will import more food than it produces next year for the first time ever.

At the law offices of Gehi and Associates, our immigration attorneys are equipped to deal with legal issues with substantial experience. Thereby it has the ability to provide one with high quality legal services as per the admission requisites.

For more information, you can directly call our law office or send an email to the addresses. Why Do You Need An Immigration Attorney? 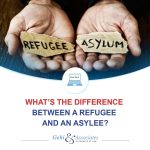 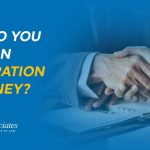 Why Do You Need An Immigration Attorney?
Scroll to top