It is an undeniable fact that aspiring lawyers should establish and strengthen their legal foundation through law books, case laws, and organizational experience. But, sometimes there are legal stories that go unnoticed or forgotten amidst all the long case laws and daily cases to be worked on, which, in our opinion, should be known to the upcoming lawyers too. It can help to refresh their knowledge and perception, and it may even give rise to newer ideas that can help them find new paths.

Here is a list of some of the best legal documentaries discussing alarming legal issues. Let us know in the comment section if you have any other suggestions as well.

Based on the real-life story of Steven Avery, rape and murder convict who had served a 32-year sentence before being exonerated on account of DNA evidence, this documentary is enthralling and highlights the effects of wrongful conviction and evidence tampering. In short, this documentary is one that can hit you right where it should with its portrayals and storytelling.

This documentary is for those inclined towards copyright laws. Based on the story of a movie-editing company, it deals with the rift of morality that has occurred within the company and between Cleanflix and Hollywood filmmakers for 6 years.

A normal family was pushed into the darkness of molestation charges followed by an exacting legal battle. Sounds engaging? Capturing the Friedmans tells the story of Arnold Friedman, who had faced charges of child molestation, sodomy, and sexual abuse, how his trial ensued, and ultimately how he breathed his last in prison. The winner of the Grand Jury Prize at the Sundance Film Festival, it was also nominated for an Academy Award for Best Documentary Feature, and this movie screams volumes about the importance of speculating allegations and subtly throws light on how far the American legal system has come from the 1980s to now.

Do you remember the infamous case of Liebeck v. McDonald’s? Well, this documentary definitely paints a striking picture of the lawsuit. This documentary is based on the 78-year-old Stella Liebeck, who won a $2.7 million verdict from a globally recognized fast food chain after it had sold her scorching hot coffee, resulting in second and third-degree burns on her body. Having been recognized with stellar reviews in the Washington Post and New York Times, it is not to say that Hot Coffee is not without its fair share of criticism. Nevertheless, it is an interesting watch (special mention: Susan Saladoff, the director, is a trial lawyer herself) for everyone wishing to understand the nuances of tort reform and how there are different shades of grey.

Delving into the other, darker side of illegal immigration, Indivisible talks about families parting due to anti-immigration laws, more specifically about the Dreamers, and showcases the complexities of immigration from both the legal and humanitarian perspectives.

These are just a portion of the long list of the best legal documentaries out there which should be watched by everyone associated with the legal profession in the United States. They are certainly made with the intention of providing entertainment but with hidden messages and, in some cases, the truth of the incident concerned.

On a factual note, films and documentaries can surely give you ideas from a recreational perspective, but for genuine legal information and queries, it is best to contact attorneys and law practitioners.

At the law offices of Gehi and Associates, our attorneys are equipped to deal with legal issues with substantial experience, thereby having the ability to provide you with high-quality legal services as per your requirements.

For more information, you can directly call our law office or send an email to the addresses given below.

For more details visit our website
💻www.gehilaw.com
📧email us at info@gehilaw.com Immigration and Visa Requirements: A Comprehensive Guide On How To Immigrate To The US And The Role Of An Attorney How a Company Merger or Acquisition Impacts Your Green Card Relation between visas and Legal Immigration. 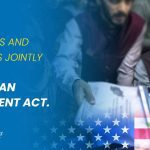 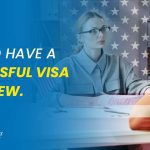 How to have a successful visa interview
Scroll to top