Blog - Latest News
You are here: Home1 / Blog2 / The Effect(s) of Immigrant Visas On The U.S. Economy 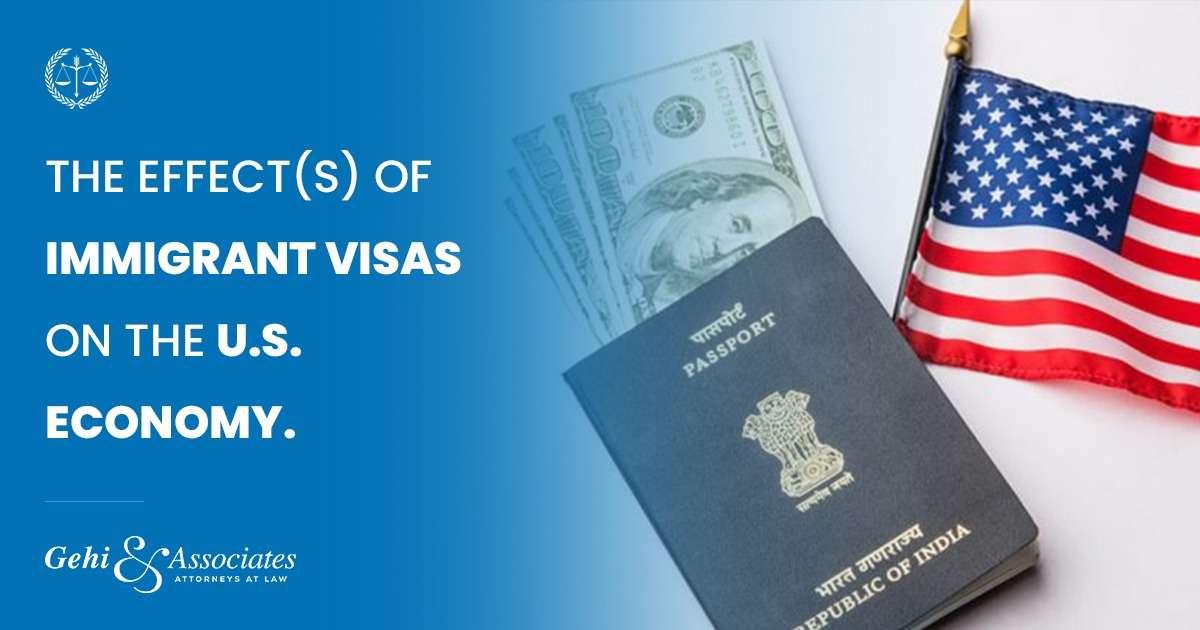 A recent Immigration Bill Reform by President Joe Biden concerning the citizenship of around 10.5 million immigrants who are not documented on the papers has created quite a round of debates by immigration critics.

Disparagers of the Immigration phenomena have posed debates of how Immigration of natives of other countries mars the status of employment and growth of the natural citizens of the States.

During the Presidentship of Trump and the Covid-19 situation, the US had seen a rampant decrease in the number of immigrants, which gave rise to a number of problems that directly affected the economy of the United States amidst all the losses rooted in the worldwide pandemic.

One of the most indispensable effects on the economy was the labor shortage. And that entailed a lesser supply of resources in markets, diminishing capacity to cater to demands, the lesser labor force in restaurants, malls, and other employment sectors, and most of all, the incapacity of industries to hire enough workers.

When Biden increased the number of H-2B visas by 20,000, many criticisms were laid out; however, the US citizenship visas bear the capability to restrict unlawful entry through the borders, which can also be the reason for unfortunate deaths on an annual basis.

When GDP is calculated, the results have perpetually inclined in favor of immigration visas as a surplus in immigration visas leads to an increase in production and, of course, the Gross Domestic Product. In simpler terms, the United States citizenship visas lead to booming sectors in terms of economic status, productivity, and surplus alongside a boost in creativity, international relations, and an increment of wages with more industrial profit.

As everything goes in the world, even the most positive affairs have downsides to them too. Immigration visas accrue to an expenditure of a lump sum amount from the administrative sectors. Furthermore, it occupies space in the country and lowers the income of fellow workers. It is important to note that the immigration surplus does not personally profit the workers in the lower strata but as a ratio of the industry.

But in the face of the greater good, i.e., the bigger profit, the downsides are mostly ephemeral and short-lived. At the same time, the profits result in a pertinent development in the industry and sector.

If a certain amount of immigrants can elevate productivity, it goes without saying that a larger amount will cause a bigger percentage of increment in terms of productivity and labor strength.

The immigration visas will ensue:

When a major ratio of the population is left to be illegitimate or unauthorized, it leaves a larger risk of growth in crime rates resulting in the jeopardy of society. Accordingly, we can safely conclude that immigrant visas have both positive and negative effects. Still, as a democracy that has largely been dependent on the labor supply and productivity of immigrant citizens owing to a rich history that confirms the foundation of the development of the culture has been reliant on the immigration and citizenship facilities given out to the natives of other countries mostly for the motive of employment, immigration visas are a necessity for the furtherance of the economy and the society it is associated with. Guide To U.S. Spouse Visa – Things You Must Know! IS THERE A RISE IN IMMIGRATION FRAUD IN THE U.S? HERE’S WHAT YOU SHOULD KNOW. International Students Can Stay in U.S. 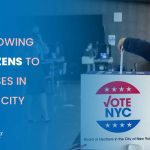 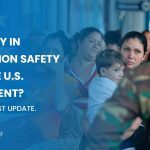 Instability in immigration safety under the US government? Here’s the...
Scroll to top